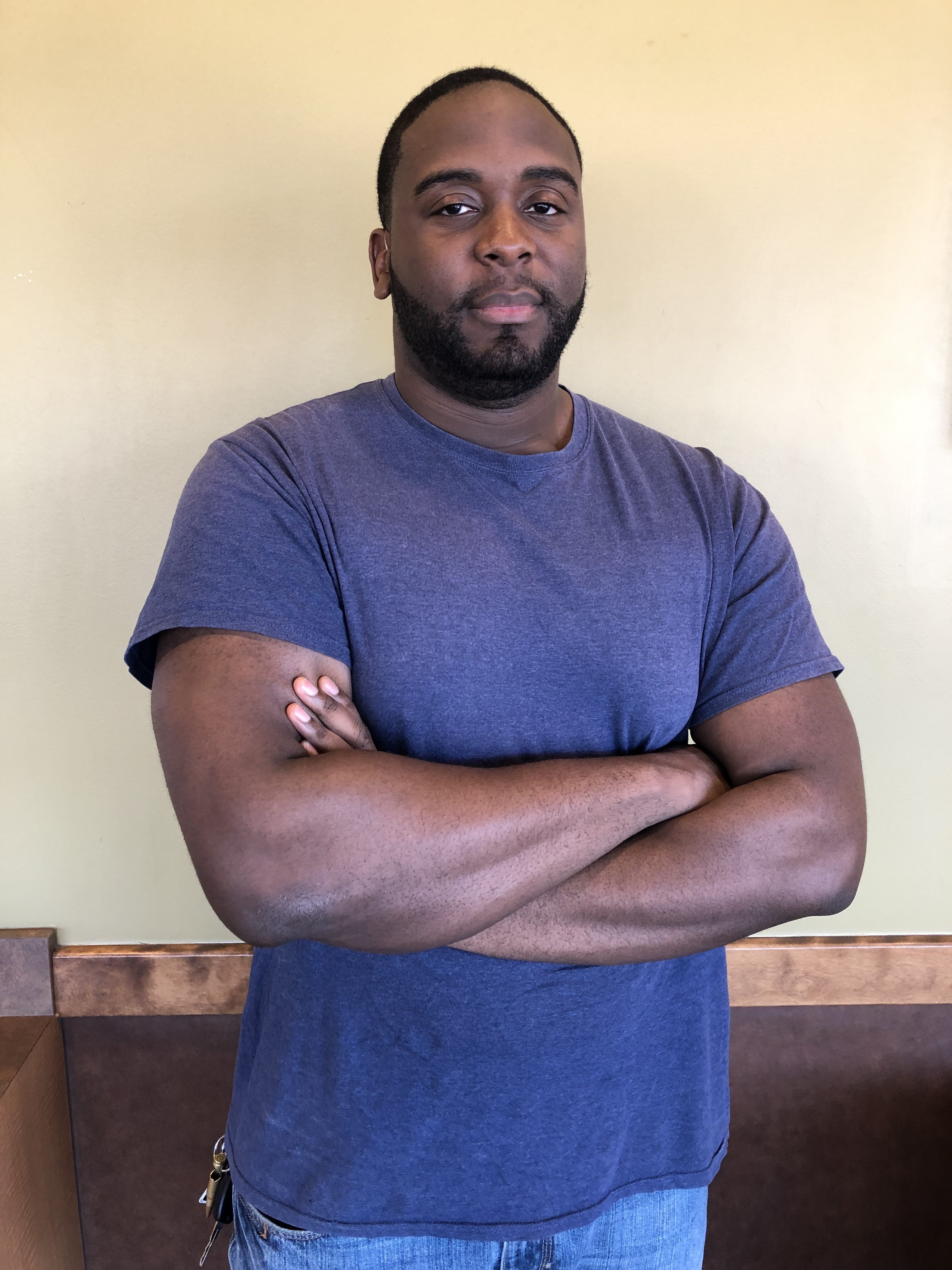 Best places to start over. Those five words are what inevitably brought Aimathan to us.

Born in New York to a struggling family, Aimathan was adopted and put into private school at a very young age. He was thought to have a mental disability due to his lack of communication skills. It wasn’t until the age of six when he was enrolled at his new school, that the teacher noticed something others had not. Aimathan was able to follow along with the class extremely well, but he didn’t acknowledge individuals when he was spoken to. Upon this realization, he was given a hearing test and the results came back that he was hearing impaired.

As Aimathan grew up, he continued his education through college where he studied Information Technology (IT). Due to continued hearing loss, financial problems, personal relationships, and a town that was full of high drug and crime rates, he ended up not finishing school. He grew depressed and sought out help from a therapist. Aimathan concluded that he needed to leave New York. That’s when he googled “Best places to start over” and Grand Rapids, Michigan was on the list.

Aimathan arrived in Michigan with a vehicle full of belongings. With no money for rent and no friends or relatives here, he faced a new change- homelessness. He spent the first few months of his time in Michigan bouncing from job to job. Aimathan told us, “I hopped from factory to factory and slept all over Grand Rapids until I found something worth my while, which was Goodwill’s IT program.”

After several months of living in Grand Rapids, Aimathan met Bryan, Goodwill’s Technology Certification Manager. After speaking to him, Aimathan found out about Goodwill’s CompTIA IT Fundamentals training program, which is a six-month long course free to individuals with disabilities. Aimathan enrolled immediately and worked very hard at completing his training. He didn’t stop there, after he finished his first certification he went on to several other Goodwill courses. Bryan told us, “When I offered Aimathan a position in the Security+ class, he told me ‘I want it. No brakes on my train.’ This quote is the perfect encapsulation of Aim. He is a driven person who knows what he wants, and nothing is going to stop him from getting it. I see great things in his future.” Aimathan has since found an apartment after 9 months in his car, found a sustainable job as an IT help desk support technician, and hopes to advance his career to a systems administrator.

When asked about his experience, he said “I knew this was the real deal. I only focused on getting my certification. There were times I didn’t eat before this to save up for a security deposit- I lived on Tootsie Rolls and water. I just had to focus on my certification. Compared to my past, my life has done a whole 180. I have my own place now. I have a job, I have health insurance, I have food in my fridge. I know I’m going somewhere in life.”

It has now been a year and five months that Aimathan has been in Grand Rapids. He is currently working towards his Security+ certification, and hopes to travel to Europe, Japan, and Alaska in the future.

His advice for others: “If you want to be successful in life, don’t give up. Keep going and going. In the end it’s going to be worth it.”

Congratulations, Aimathan, we are so proud.