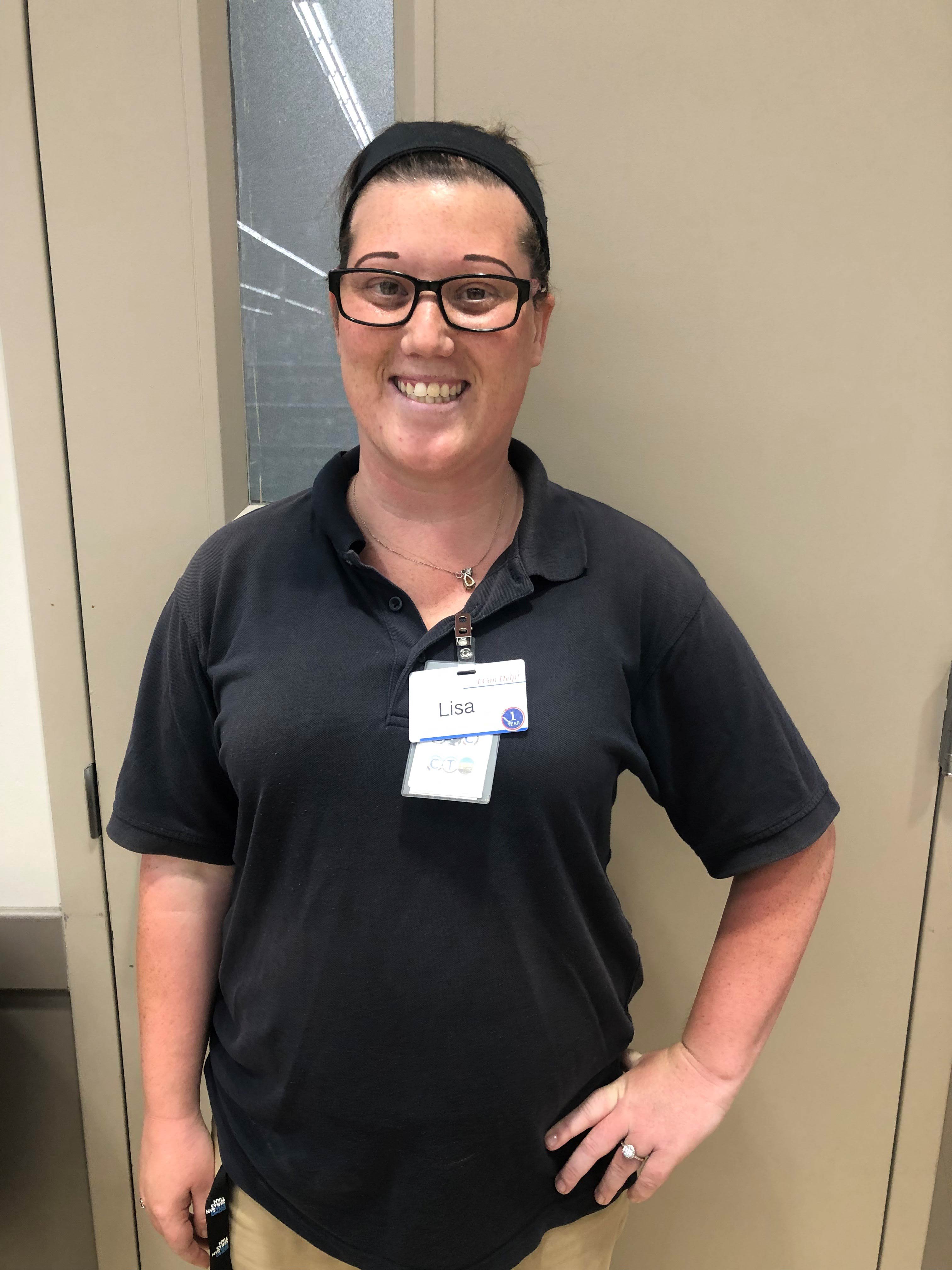 Looking to get out of the home and involved in the community, Lisa enrolled in Goodwill of Greater Grand Rapids’ Visions Program, which assists individuals with developmental disabilities. It was her goal to find employment that not only bettered her life, but also the lives of those around her. She immediately started working with an employment specialist who supported her in all her job search efforts. They focused their time on finding work that was walking distance to and from Lisa’s home on the northeast side of Grand Rapids.

Unfortunately, after several weeks of job searching, Lisa moved to the other side of town. This move placed her in a part of Grand Rapids she was unfamiliar with and no longer had the option to walk to a future place of employment. Instead of letting this move affect her goal, Lisa wasn’t going to let it stop her from finding work. She began to learn the local bus routes and familiarize herself with new places in her community.

Lisa explains, “Learning the bus routes was difficult, but I was not going to let transportation be a reason not to work.” This drive and dedication paid off. While learning how to use the public transportation in her new neighborhood, Lisa was offered a position at Meijer in the garden and seasonal department. She happily accepted the position and has been employed with Meijer for over a year now.

With her motivation and the support of her job coach, transportation did not stand a chance in stopping Lisa from accomplishing her goal. Lisa shared with us that she has overcome the transportation barrier by not only using the city bus routes but also learning to use ride sharing apps on days when the bus doesn’t run.

Lisa said a highlight of working for over a year in the same place is making friends with co-workers. She smiled as she told us she uses a portion of her paycheck for outings with her new friends. Lisa stated “the Goodwill Visions program helped changed my life, and I am thankful for the opportunities which came from the program.”