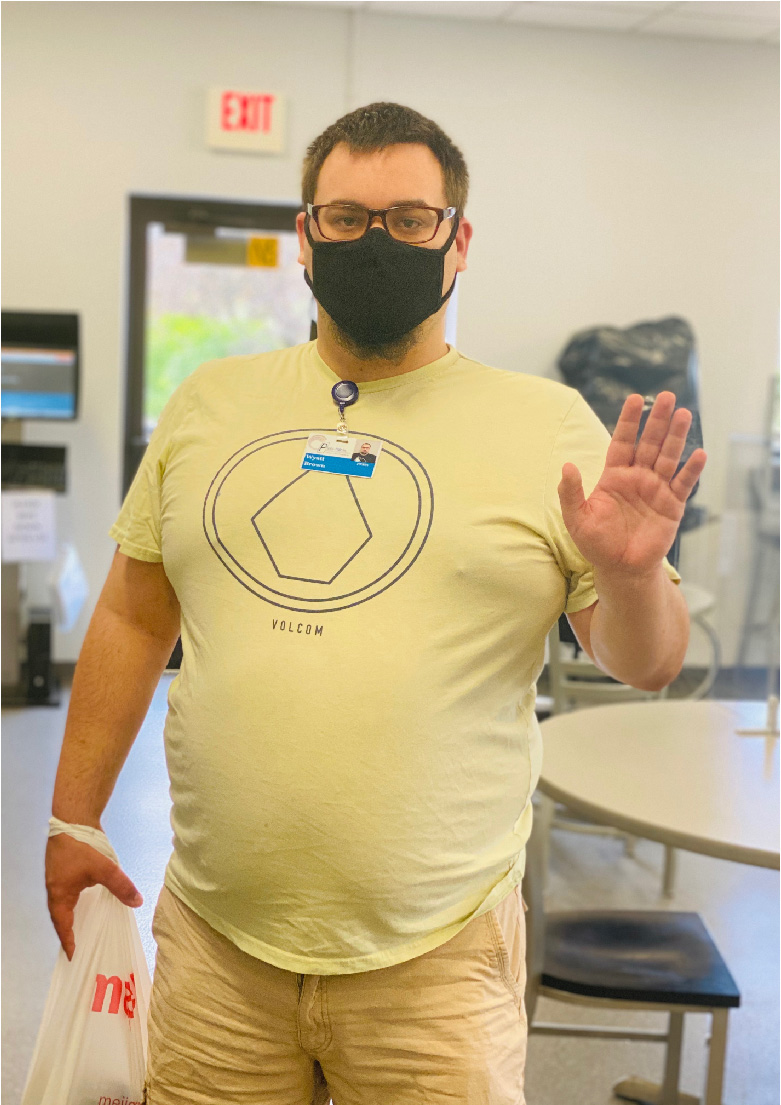 Wyatt set a goal to become financially independent. To reach this goal, Wyatt realized he needed help securing a full-time job. He connected with Goodwill of Greater Grand Rapids and enrolled in the Visions Program. Visions serves adults with developmental disabilities or cognitive impairments by providing one-on-one assistance from a Goodwill career coach with job applications, interviewing, employer paperwork, and learning on-site job tasks and duties.

Wyatt worked hard on submitting job applications. He was able to secure his first full-time position as an order picker for Meijer Distribution. Wyatt’s career coach partnered with a variety of his supervisors and team members to help him acclimate, learn his new position and assure Wyatt’s efforts were recognized and rewarded. A year and a half into his position, Wyatt’s mother reflected on his experiences with Goodwill services and staff, stating;

“As a young adult with Asperger’s Syndrome, Wyatt has many challenges in new environments and can easily make mistakes managing his behavior to work-based expectations. Andrea, Visions manager, and Wyatt’s job coach, have been especially instrumental in guiding his progress. Her approach has been to conquer one thing at a time: identify the problem, work with him for a solution, and then provide the oversight to assure that he changes his behaviors successfully.”

With Wyatt’s full-time income from Meijer, he was able to afford his own apartment and cover roughly half of his expenses. Wyatt continued to maintain his position at Meijer until he felt ready for the next step in his career. At that point, he reached out to his career coach to discuss his future.

The discussion about Wyatt’s goals resulted in exploring other positions that would better align with his interests and abilities. After months of persistence and searching, Wyatt transitioned to a position as a machine operator at Lack’s Enterprises. In his new role, Wyatt was able to increase his hourly wage and use his strong attention to detail to excel in his responsibilities in quality control. Wyatt received additional job coaching in his new role and learned to master this next step in his career. Since working at Lack’s, Wyatt has continued to increase his financial independence, by maintaining his own apartment, and celebrated his one-year work anniversary in August 2020.