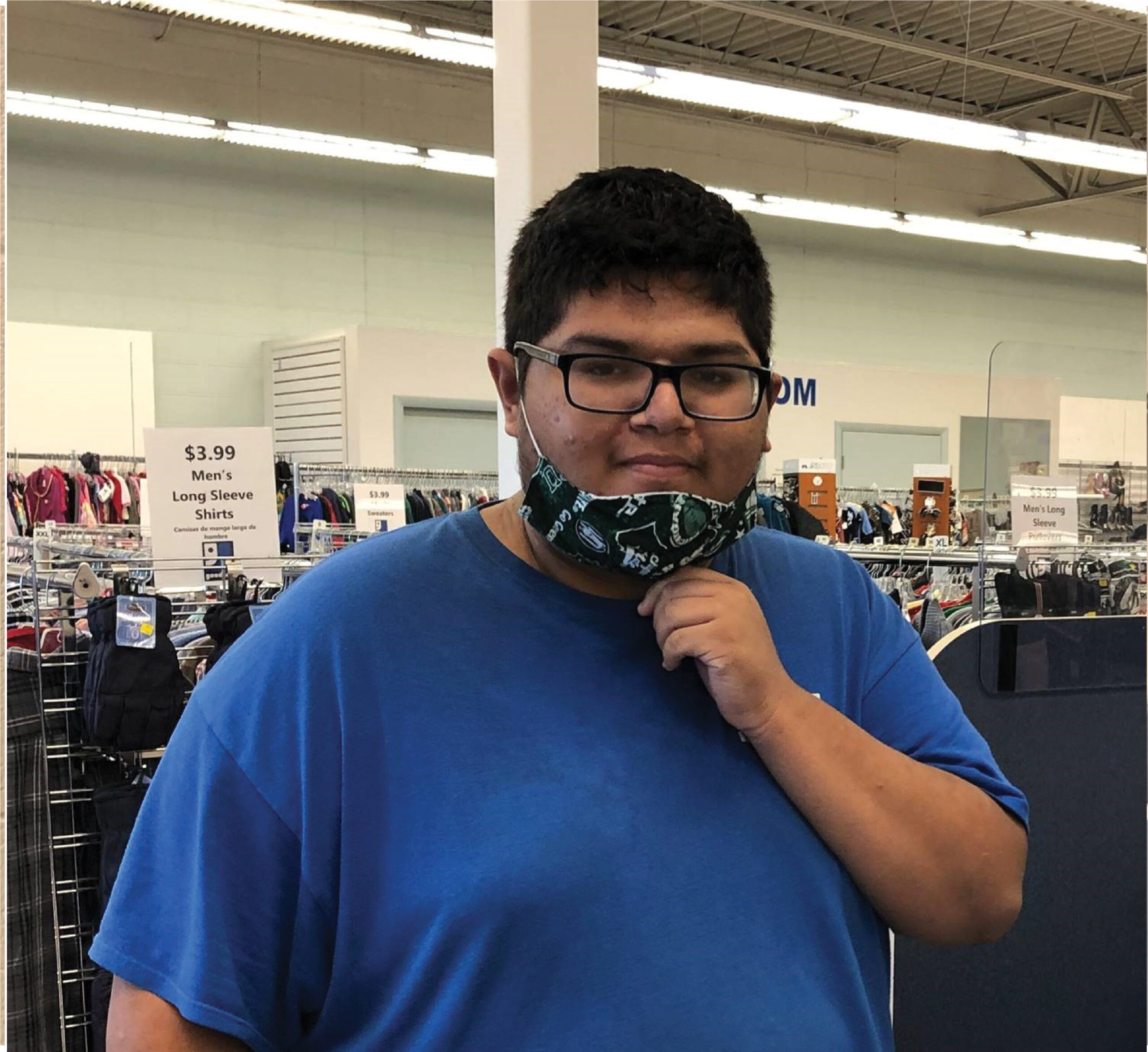 Goodwill’s partnership with the Kent Intermediate School District (KISD) and Michigan Rehabilitation Services (MRS) provides students needed help to prepare for competitive employment after high school. Goodwill began working with Rey during his senior year at Kent City High School. He expressed interest in gaining customer service skills and retail work. Transportation was a barrier for Rey, as was his lack of work experience. Rey began doing some career exploration with his Goodwill career coach and decided to do a paid work experience at the Alpine Goodwill store. He liked the idea of working with customers and being part of a team. Rey felt he was up for the challenge of proving himself in this position and hoped that this would lead to permanent employment.

Rey flourished during his 40 hours of on-the-job training. He was eager to learn new tasks and worked hard exhibiting dedication and reliability while earning his managers, coworkers, and customers’ respect. At the end of his work experience, a cashier position became available. Rey was the managers first choice to fill this position, but at first Rey was unsure about operating a cash register. He thought he was better suited for a floor worker or donation clerk position, but with the store manager’s confidence in his abilities and his willingness to try, he accepted the position.

While Rey was off work for a short time during the COVID 19 shut down, he talked about how excited he was to get back to work. Rey stated “My favorite part of this job is working with others. Everyone at this store treats each other with respect.” He also said of his manager, Sarah, “She is very supportive and is always willing to help out in any area of the store.” Rey shared with his job coach that he is very thankful to the Goodwill staff for giving him an opportunity to do what he loves.

Rey continued to work successfully at the Alpine Goodwill store for 8 months. He was a reliable employee and enjoyed his job. He realized that finding a position closer to his home would be more convenient for him. With his new job experience, Rey was able to transition into a new employment opportunity at Dollar General, which is just a few blocks from his house. Rey is doing well in his new job and is working towards becoming a keyholder.