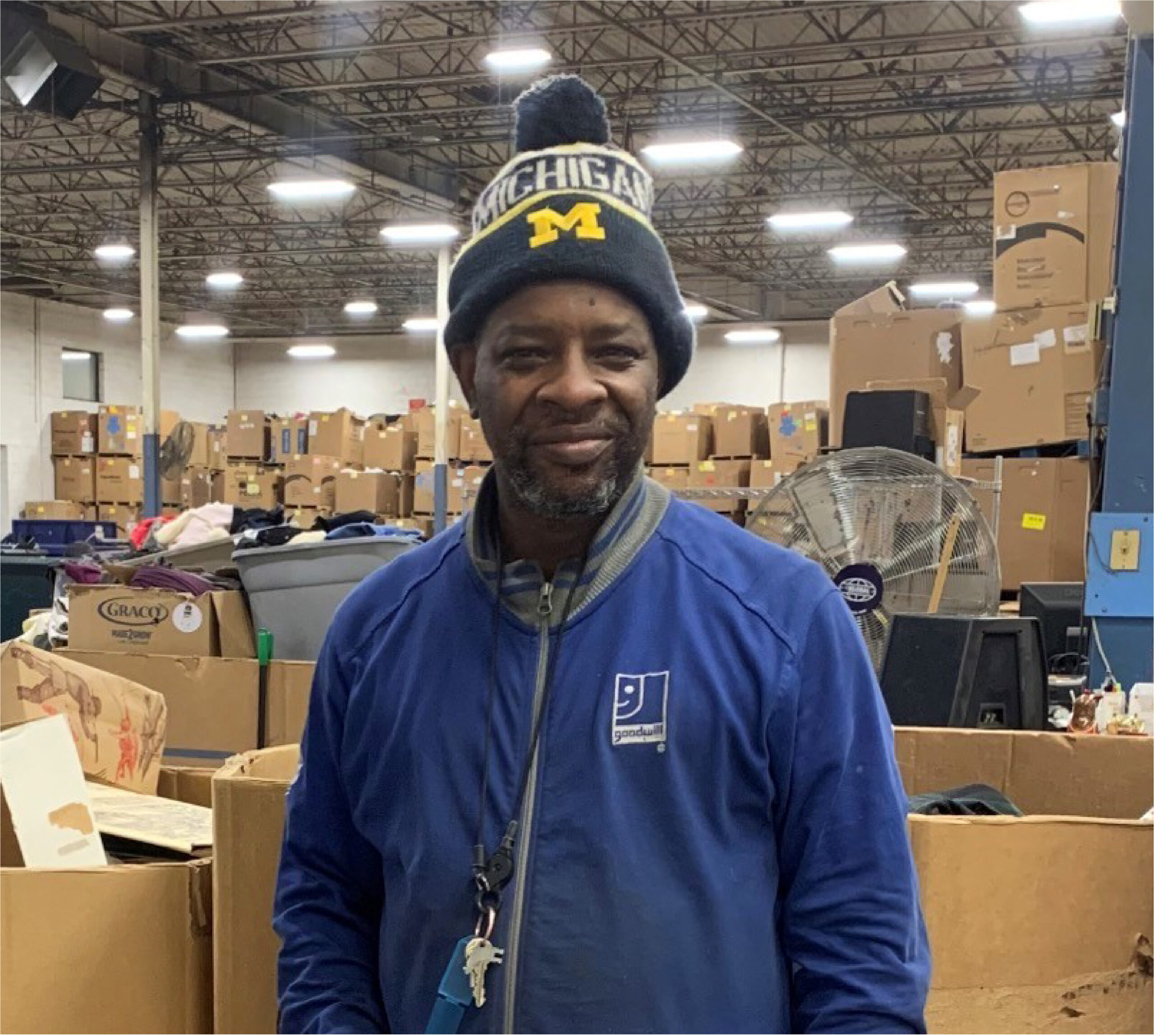 Michael is a participant in Goodwill of Greater Grand Rapids’ Visions Program, which serves adults with developmental disabilities. Michael came to the Visions Program having worked several jobs in the past, but never finding something that was a long-term fit. While working on career exploration, Michael’s career coach set up a temporary work experience. During the work experience at Goodwill, Michael not only gained new skills and supplemented his work history, but he also acquired great job references.

At the end of his work experience, a part-time position became available. Michael was hired as a recycle line team member at the Goodwill Outlet. Eager to learn, Michael was quickly cross trained in several departments. As Michael grew in his position and learned new skills, he received job coaching services and support from his career coach. He became known at the Outlet for his positive attitude, strong work ethic, and customer service skills. He built a good rapport with his supervisor who recognizes him as an integral part of the Outlet team. Michael’s strong relationship with his supervisor, allowed him to feel comfortable communicating when issues outside of work arose so they could find a solution to maintain his employment.

When asked about Michael’s performance, his supervisor acknowledges Michael as an employee who is willing to take initiative to go above and beyond required responsibilities and has become an essential member of their team. To increase his financial independence, Michael recently transitioned from part-time to full-time with Goodwill and received a significant pay raise. When asked about his job, Michael stated,

“My favorite part about working at the Outlet is working with co-workers who care about me as a person.”

Being part of a team where he is known and valued, has made the Goodwill Outlet a place Michael sees himself working for a long time. In April 2021, Michael celebrated his 2 year anniversary at the Goodwill Outlet. We could not be more thankful to have him as a member of the Goodwill team!